Survival data models provide interpretation of data representing the time until an event occurs. In many situations, the event is death, but it can also represent the time to other bad events such as

cancer relapse or failure of a medical device. It can also be used to denote time to positive events such as pregnancy. Often patients are lost to follow-up prior to death, but you can still use the information about them while they were in your study to better estimate the survival probability over time.

This is done using the Kaplan-Meier curve, an approach developed by Edward Kaplan and Paul Meier in 1958.

In this member, you will see a simple example of this using fruit fly data, and learn how to interpret the Kaplan-Meier curve to estimate survival probabilities and survival percentiles. 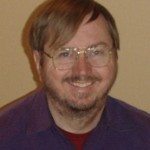