OptinMon 36 - Getting Started with SPSS 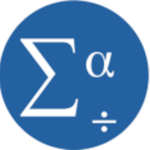 You may have heard that using SPSS syntax is more efficient, gives you more control, and ultimately saves you time and frustration.  It’s all true.

….And yet you probably use SPSS because you don’t want to code.  You like the menus.

I like the menus, too, and I use them all the time.

But I use syntax just as often.

At some point, if you want to do serious data analysis, you have to start using syntax.  END_OF_DOCUMENT_TOKEN_TO_BE_REPLACED

Okay, maybe these SPSS shortcuts won’t make your whole life easier, but it will help your work life, at least the SPSS part of it.

When I consult with researchers, a common part of that is going through their analysis together.  Sometimes I notice that they’re using some shortcut in SPSS that I had not known about.

Or sometimes they could be saving themselves some headaches.

So I thought I’d share three buttons you may not have noticed before that will make your data analysis more efficient.

END_OF_DOCUMENT_TOKEN_TO_BE_REPLACED

We’ve talked a lot around here about the reasons to use syntax — not only menus — in your statistical analyses.

Regardless of which software you use, the syntax file is pretty much always a text file. This is true for R, SPSS, SAS, Stata — just about all of them.

This is important because it means you can use an unlikely tool to help you code: Microsoft Word.

Here are a couple features of Word’s search-and-replace that I use to help me code faster:

END_OF_DOCUMENT_TOKEN_TO_BE_REPLACED

We know that using SPSS syntax is an easy way to organize analyses so that you can rerun them in the future without having to go through the menu commands.

Using Python with SPSS makes it much easier to do complicated programming, or even basic programming, that would be difficult to do using SPSS syntax alone. You can use scripting programming in Python to create programs that execute automatically. END_OF_DOCUMENT_TOKEN_TO_BE_REPLACED

I sometimes get asked questions that many people need the answer to.  Here’s one about non-parametric ANOVA in SPSS.

Is there a non-parametric 3 way ANOVA out there and does SPSS have a way of doing a non-parametric anova sort of thing with one main independent variable and 2 highly influential cofactors?

There is a non-parametric one-way ANOVA: Kruskal-Wallis, and it’s available in SPSS under non-parametric tests.  There is even a non-paramteric two-way ANOVA, but it doesn’t include interactions (and for the life of me, I can’t remember its name, but I remember learning it in grad school).

What it basically comes down to is that most non-parametric tests are rank-based. In other words, END_OF_DOCUMENT_TOKEN_TO_BE_REPLACED

Every so often I point out to a client who exclusively uses menus in SPSS that they can (and should) hit the Paste button instead of OK. Many times, the client never realized it was there.

I am here today to tell you that it is there, and it is wonderful.  For a few reasons.

When you use the menus in SPSS, you’re really taking a shortcut.  You’re telling SPSS which syntax commands, along with which options, you want to run.

Clicking OK at the end of a dialog box will run the  menu options you just picked. You may never see the underlying commands that SPSS just ran.

If instead you hit Paste, those command won’t automatically be run, but will instead the code to run those commands will be END_OF_DOCUMENT_TOKEN_TO_BE_REPLACED