When you put a continuous predictor into a linear regression model, you assume it has a constant relationship with the dependent variable along the predictor’s range. But how can you be certain? What is the best way to measure this?

And most important, what should you do if it clearly isn’t the case?

Let’s explore a few options for capturing a non-linear relationship between X and Y within a linear regression (yes, really).

The coefficients would represent the mean change in the dependent variable as compared to the base category of the predictor.

You could also split your data set into subset data sets. Each new data set would consist of different ranges of your continuous predictor. But there are several issues that could arise from this. For example, the power of your analysis could be significantly diminished. Your ability to test for interactions might also be impacted. So this is not an approach that I would recommend using.

Better than running separate models is running a segmented (or piecewise) regression. A segmented regression allows you to generate different slopes for specific values of your continuous predictor. Instead of having several separate models, you have just one.

For example, let’s look at regressing income (in thousands of dollars) on years of education:

For every year of education, we expect income to increase by approximately $3,949. It doesn’t matter what level of education one has obtained. Put in an additional year of schooling and you’ll make an additional $3,949 per year.

Here’s the graph of this model: 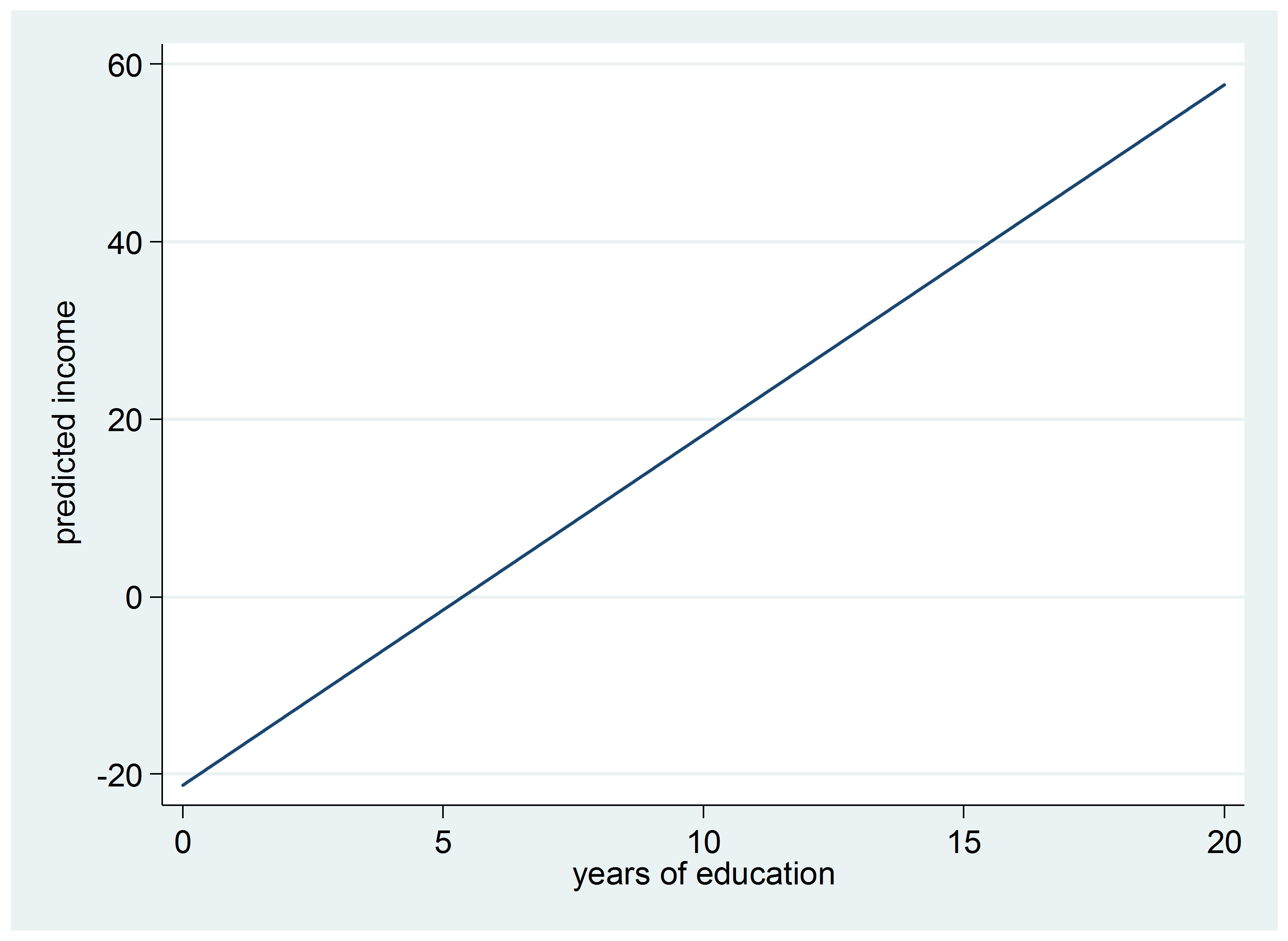 Those with more than 12 years of education would earn an additional $4,938 per year for every year of education greater than 12.

Notice in the graph of this model that the y-intercept is no longer -21: 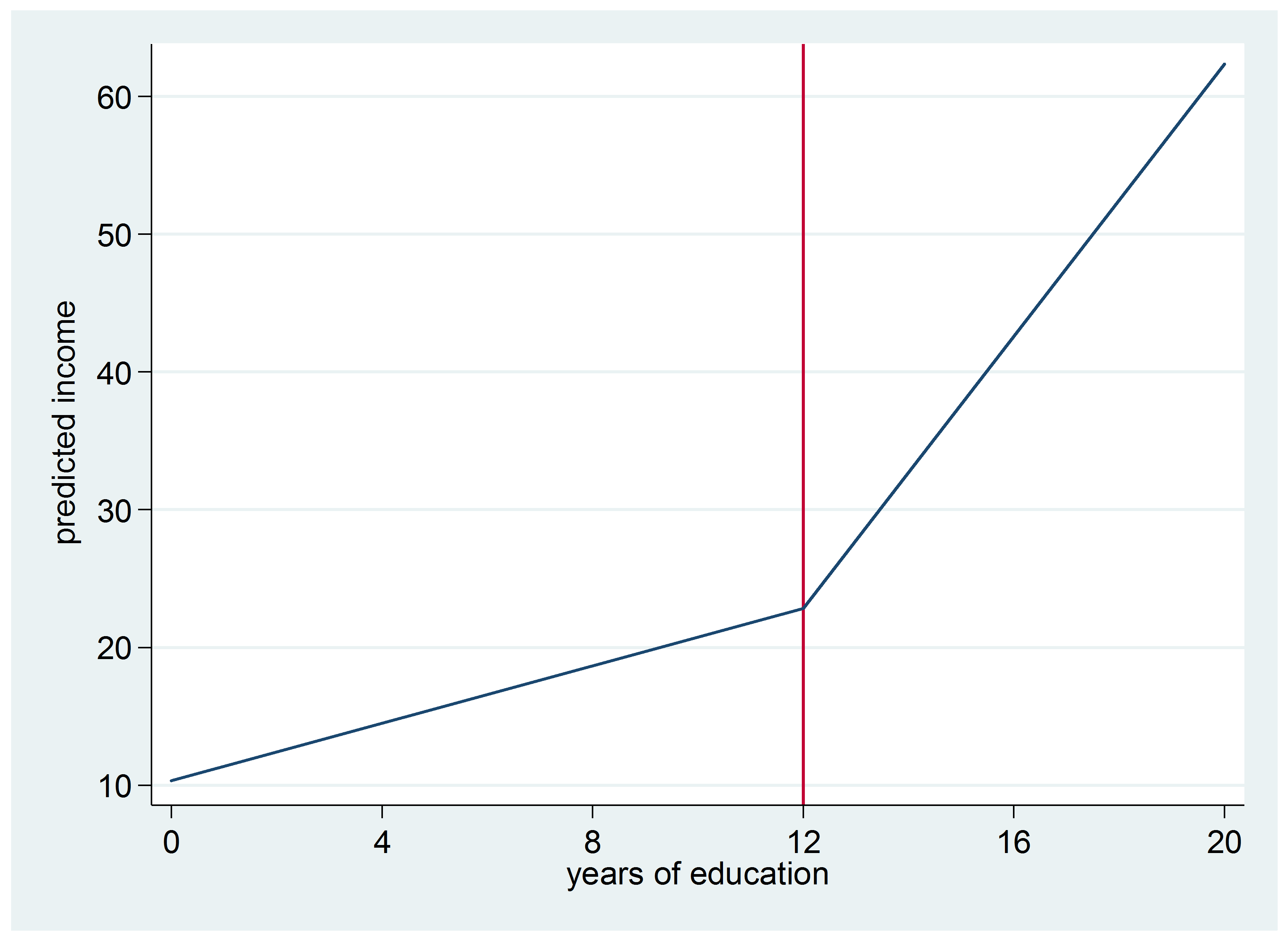 Should we expect an increase for those with a college degree compared to those with 1 to 3 years of college? Let’s add an additional segmentation to find out.

Here’s the graph of this model: 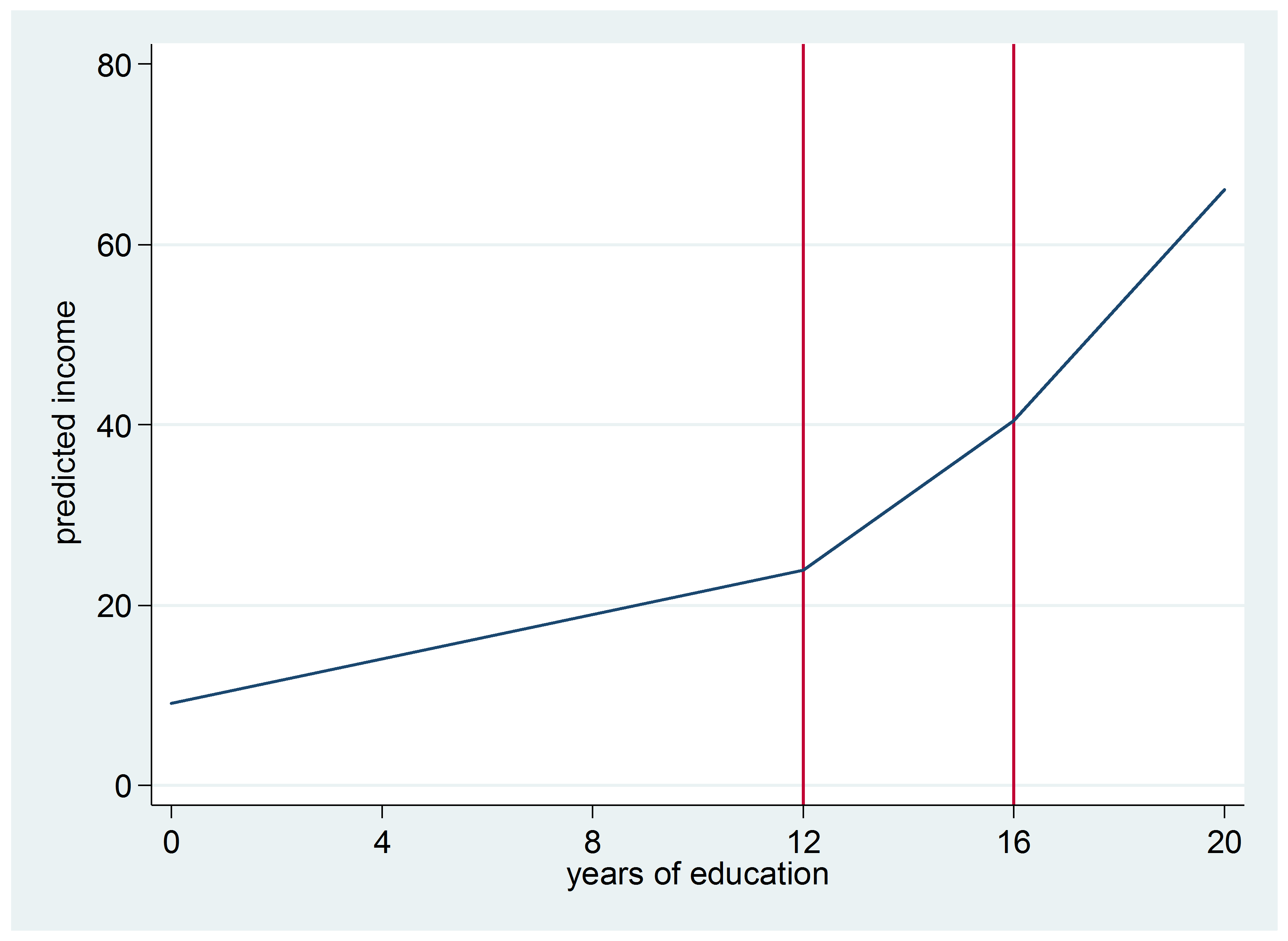 Segmented regression is a great option when there are meaningful break points for X. It worked well here because both 12 years and 16 years of education are meaningfully different than other values.