Interpreting the Intercept in a regression model isn’t always a straightforward as it looks. Here’s the definition: the intercept (often labeled the constant) is the expected mean value of Y when all X=0. 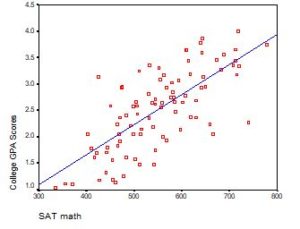 Start with a regression equation with one predictor, X.

If X sometimes equals 0, the intercept is simply the expected mean value of Y at that value. That’s meaningful.

If X never equals 0, then the intercept has no intrinsic meaning.  Both these scenarios are common in real data.In scientific research, the purpose of a regression model is to understand the relationship between predictors and the response.  If so, and if X never = 0, there is no interest in the intercept. It doesn’t tell you anything about the relationship between X and Y.

So whether the value of the intercept is meaningful or not, many times you’re just not interested in it. It’s not answering an actual research question.

You do need it to calculate predicted values, though.  In market research or data science, there is usually more interest in prediction, so the intercept is more important here.

When X never equals 0, but you want a meaningful intercept, simply consider centering X. If you re-scale X so that the mean or some other meaningful value = 0 (just subtract a 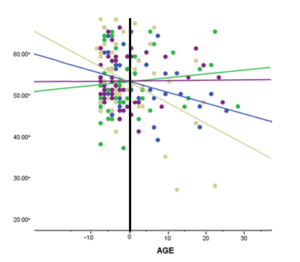 constant from X), now the intercept has a meaning. It’s the mean value of Y at the chosen value of X.

It’s hard to give an example because it really depends on how X1 and X2 are coded. So I put together 6 situations in this follow up:

How to Interpret the Intercept in 6 Linear Regression Examples