It’s true, and it doesn’t have to be hard to do so.  Let’s start with a simple histogram using the hist() command, which is easy to use, but actually quite sophisticated.

First, we set up a vector of numbers and then we create a histogram.

That was easy, but you need more from your histogram. Note that R decided on an appropriate bin width. OK. Now we create a histogram from all the data in an array.

The trick is to transform the four variables into a single vector and make a histogram of all elements. 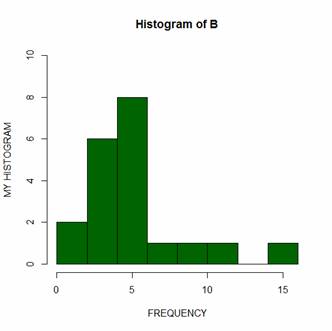 However, controlling bin numbers can be problematic. Try setting the number of bins at 6 using the breaks argument. 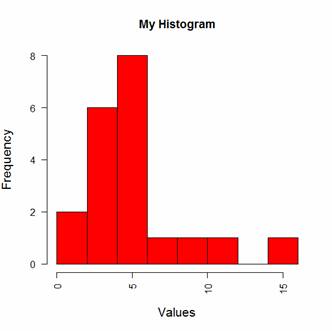 You can see that R has taken the number of bins (6) as indicative only. However, setting up histogram bins as a vector gives you more control over the output. Now we set up the bins as a vector, each bin four units wide, and starting at zero. 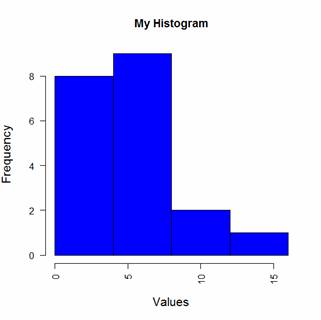 Now we have four bins of the right width. That wasn’t so hard! In Part 13 we will look at further plotting techniques in R.

About the Author: David Lillis has taught R to many researchers and statisticians. His company, Sigma Statistics and Research Limited, provides both on-line instruction and face-to-face workshops on R, and coding services in R. David holds a doctorate in applied statistics.