Sometimes what is most tricky about understanding your regression output is knowing exactly what your software is presenting to you.

Here’s a great example of what looks like two completely different model results from SPSS and Stata that in reality, agree.

Here is the result of the regression using SPSS: 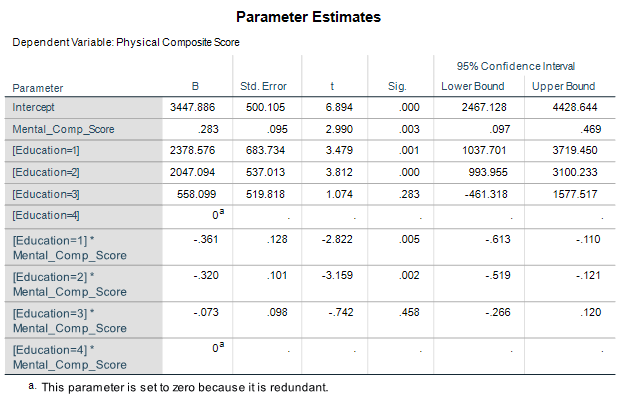 The results show that the mental composite score has a slope of 0.283 and is statistically significant at a p-value of 0.01.

I then ran the exact same model using Stata:

Now my slope for mental composite score is -0.078 and is insignificant. The interaction with “some college” is also insignificant.

These results don’t match the results of SPSS.  Which software is correct?

It turns out they are both correct. The issue is they are not reporting the same measurements.

The Importance of the Base or Reference Category

Both SPSS and Stata are doing us a favor by dummy coding our categorical predictor, Education, for us.

This means of the four categories, one is considered the base, or reference category, and the other three are compared to that base.

For a one unit change in mental composite score, the physical composite score of people with an education level no higher than grammar school increases on average by 0.283 units. The 95% confidence interval is a range of increase of 0.097 to 0.469 units.

For a one unit change in mental composite score, the physical composite score of people some graduate school decreases on average by 0.078 units. This parameter estimate is not significantly different from 0 since its 95% confidence interval ranges from a negative to a positive increase.

The base index in Stata, “some graduate school”, has a slope of -.078. This is identical to SPSS’s calculation.

Instead of “doing the math”, we can have our statistical software calculate the slopes of each line for us.

A graph can help us visualize the results. 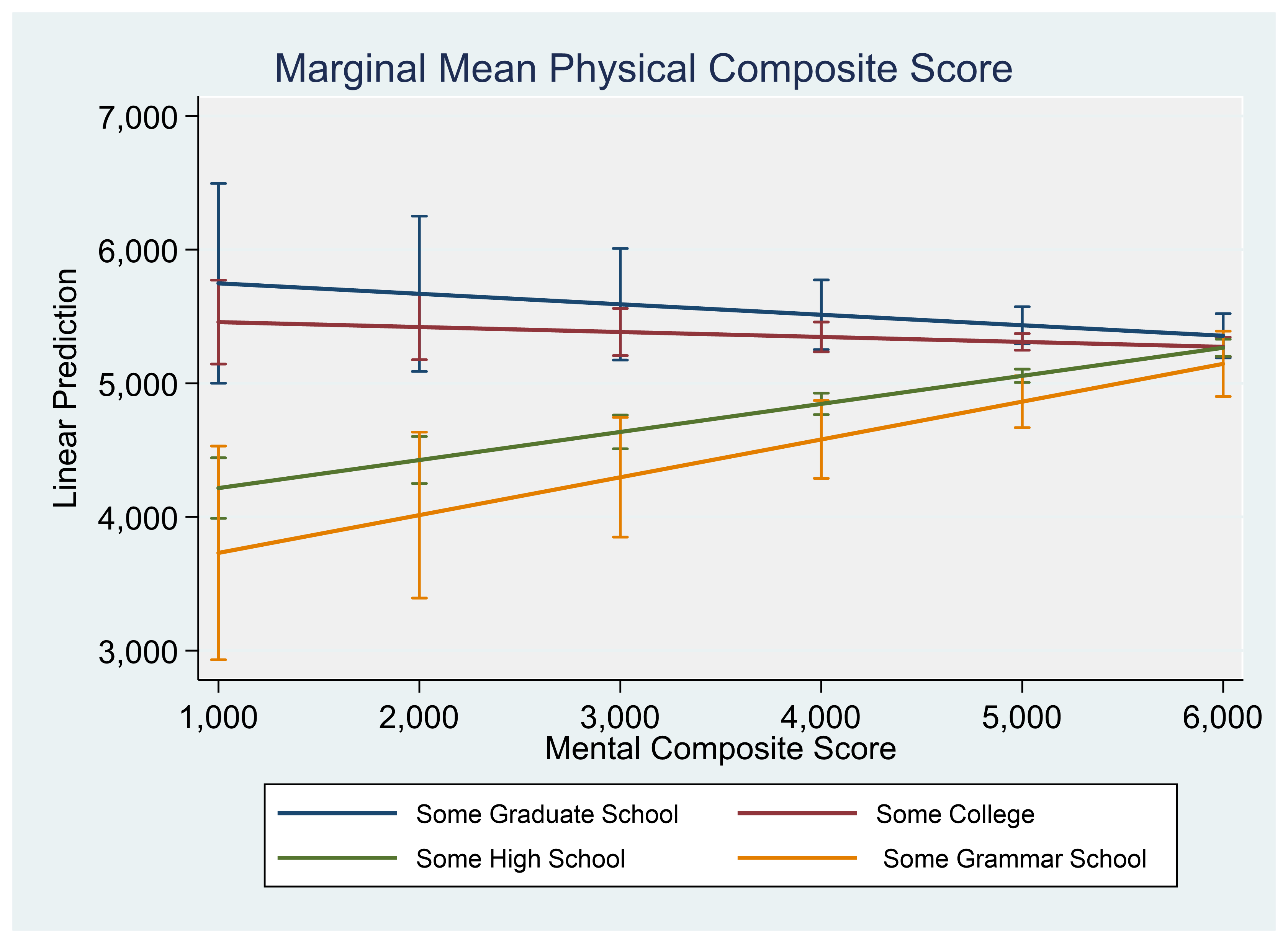