Predictor variables in statistical models can be treated as either continuous or categorical.

Usually, this is a very straightforward decision.

Categorical predictors, like treatment group, marital status, or highest educational degree should be specified as categorical.

Likewise, continuous predictors, like age, systolic blood pressure, or percentage of ground cover should be specified as continuous.

Let’s look at a few examples.

Count predictor variables, like number of therapy sessions or number of symptoms, are numerical but not continuous. They can have whole, positive values, but not decimals.

This also happens in data sets where a potentially continuous variable has few values in the data set, intentionally or not. For example, when every single individual in the data set has one of three possible ages: 6, 8, and 10.

A clarification: I am not talking about grouping numerical values into categories, like all ages above 8 = old and all ages below 8 = young. I’m talking about making each value of age its own category.

Because a discrete predictor is numerical, fitting a line to it can be reasonable. Its values are true numbers with meaningful intervals between them. 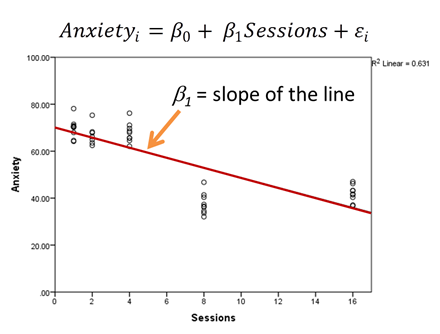 If you specify a predictor as categorical, the software will estimate a mean of Y for each category of the predictor (shown below in red). There will be a set of coefficients for that predictor. Each one measures the difference in the means of Y between one category of X and the reference category. 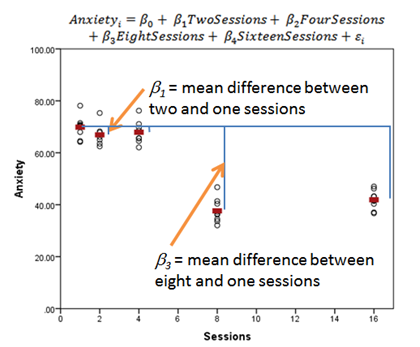 So which do you use?

As always, it depends.

A few things to keep in mind as you decide: