What does it mean for two variables to be correlated?

Is that the same or different than if they’re associated or related?

This is the kind of question that can feel silly, but shouldn’t. It’s just a reflection of the confusing terminology used in statistics. In this case, the technical statistical term looks like, but is not exactly the same as, the way we mean it in everyday English.

In everyday English, correlated, associated, and related all mean the same thing.

The technical meaning of correlation is the strength of association as measured by a correlation coefficient.

Correlation coefficients are on a -1 to 1 scale.

On this scale -1 indicates a perfect negative relationship. High values of one variable are associated with low values of the other.

Likewise, a correlation of  +1 describes a perfect positive relationship. High values of one variable are associated with high values of the other.

0 indicates no relationship. High values of one variable co-occur as often with high and low values of the other.

There is no independent and no dependent variable in a correlation. It’s a bivariate descriptive statistic.

You can make this descriptive statistic into an inferential one. Simply calculate a confidence interval or run a hypothesis test that the population correlation coefficient = 0. But correlations are inherently descriptive and don’t require a test. 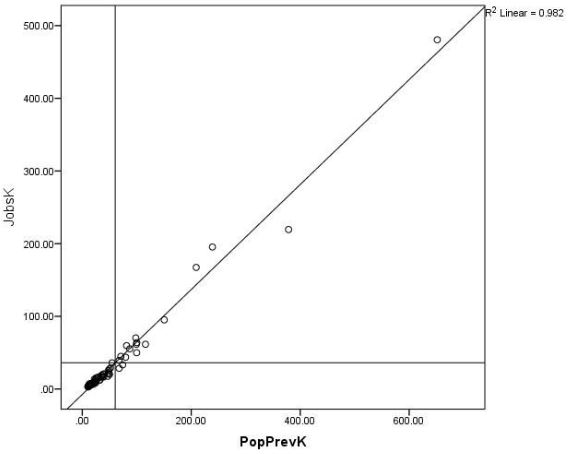 It is so common that people use it synonymously with correlation.

Pearson’s coefficient assumes that both variables are normally distributed. This requires they be truly continuous and unbounded.

But if you’re interested in relationships between other variables, don’t worry. There are other correlation coefficients that don’t require normality of the variables.

Association, but not Correlation

There are other measures of association that don’t have those exact same properties. They work when one or both of the variables is either ordinal or nominal.

They include measures such as phi, gamma, Kendall’s tau-b, Stuart’s tau-c, Somer’s D, and Cramer’s V, among others.

So to summarize, there are many measures of association, and only some of these are correlations. Even so, there isn’t always consensus about the meanings of terms in statistics, so it’s always a good practice to state the meaning of the terms you’re using.