When your dependent variable is not continuous, unbounded, and measured on

an interval or ratio scale, linear models don’t fit. The data just will not meet the assumptions of linear models. But there’s good news, other models exist for many types of dependent variables.

Today I’m going to go into more detail about 6 common types of dependent variables that are either discrete, bounded, or measured on a nominal or ordinal scale and the tests that work for them instead. Some are all of these.

Let’s take a moment to review the assumptions that will fail here.

Two key assumptions about the errors in linear models are that they all come from the same normal distribution and that they have a constant variance. There are more assumptions, but those are the ones we’re focusing on here. 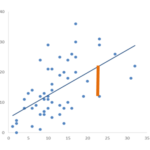 These errors are in the population, but we estimate them with the sample residuals to check the feasibility of these assumptions.

The usual advice is to do one of two things. One is to transform your dependent variable. And that can definitely work in some situations. But not for these variables.

The other is to use nonparametric tests when normality assumptions fail. That works when you’re doing something simple, like a correlation or comparing group means. But if you’re including covariates or interactions in a model, you need a real model. 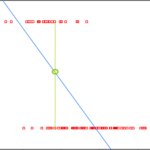 Both binary (2 values) and multicategory (3 or more values) variables clearly fail all three criteria.  But there are other types of regression models that work just fine for these variables.

These variables are made up of ordered categories.  They include rank and likert-item variables, although are not limited to these.

Although ordinal variables look like numbers, the distances between their values aren’t equal in a true numerical sense. So it doesn’t make sense to apply numerical operations like addition and division to them. Hence means, the basis of linear models, don’t really compute.

Discrete counts fail the assumptions of linear models for many reasons.  The most obvious is that the normal distribution of linear 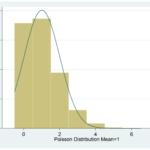 models allows any value on the number scale, but counts are bounded at 0.  It just doesn’t make sense to predict negative numbers of cigarettes smoked each day, children in a family, or aggressive incidents.

But Poisson regression, or related models like negative binomial, are designed to accurately model count data.

Zero Inflated data have a spike in the distribution at 0.

They are common in Poisson data, but can occur with any distribution.  A recent example I saw were scores on a depression scale.  The scale ran from 0 to 20, and 0 was by far the most common value (which is a good thing for the state of humanity, but it really messes up the linear model assumptions).

Even if the rest of the distribution is normal, you can’t transform zero inflated data to look normal.  A Zero-Inflated model, however, incorporates the high number of zeros by simultaneously modeling 0/Not 0 as a logistic regression and all the Not 0 values as another distribution.  It’s pretty cool, actually.

Examples include surveys that have exact income information for everyone up to $200k, but beyond that, everyone is just given “over $200k.”  In surveys, this is done for privacy issues–there just aren’t many people with such high incomes.

But sometimes it’s just a measurement issue.  Tobit regression models are designed to handle the imprecise measurements on some parts of the scale. 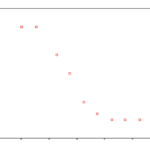 So the next time linear models don’t fit your data, consider a different type of model.

Most of the models I’ve described here fit into the family of regression models called Generalized Linear Models. If you ever work with any of the variables described here, it’s worth learning them.